Though both experiences in DC were almost indescribable, the difference between our time at Mt. Vernon Estates verses walking the Mall to see the monuments/memorials was about 36 hours and 18* degrees. That Friday, I walked into George Washington’s Mansion and saw his original bed, desk, and travel trunk wearing shorts and a short-sleeved shirt. But a day and a half later, I stood before a chiseled Abraham Lincoln and a wall covered with 58,267 names of the men and women who perished in the Vietnam War zipped up in a fleece and wrapped in a scarf. One day was sunny while the other promised rain.

Looking back on it, the weather was a foreshadowing of my mood to come. I had never seen the monuments or memorials before that day, but I had always wanted to walk along the wall of the Vietnam Memorial. When I was in Jr High School, I became fascinated with the conflict. Like any and everything academic, the larger picture was lost on me at the time. But, one night I came across the song “Goodnight, Saigon” by Billy Joel and for some reason, the loneliness and egregious loss of war resonated deep within me.

It is very difficult to walk the 493 feet of the Vietnam Memorial wall and not become overwhelmed or desensitized. So, we just stopped and took in a few names to make it seem real.

I really do not have words to describe what it was like to see the Korean Memorial. I did not know it existed until I saw it, nor did I know the details of that conflict until my sister’s fiance(now husband) explained it to me over a popsicle.

The faces of those sculpted soldiers walking through the rice patties is STILL imprinted in my mind four months later. It is hard to say that something so penetrating and haunting is a “favorite” of yours, but it most certainly left the greatest impression on me. 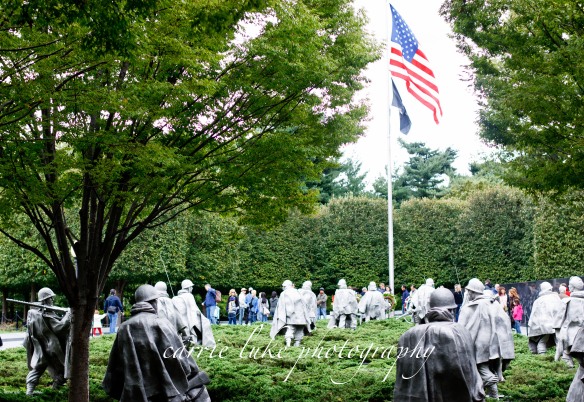 We were fortunate enough to be in DC just two months after the new Martin Luther King, Jr memorial was opened. As you walk up to it from behind, there are three mountainous structures with the Jefferson Memorial seen across the water.  It does not make sense until you see it from the front.  MLK is chiseled into the middle, protruding structure and there is a beautiful inscription on the side of his rock. 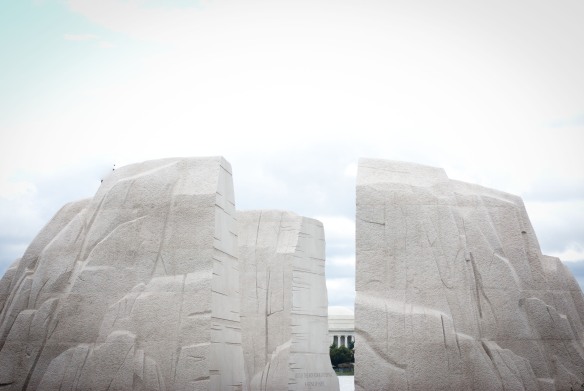 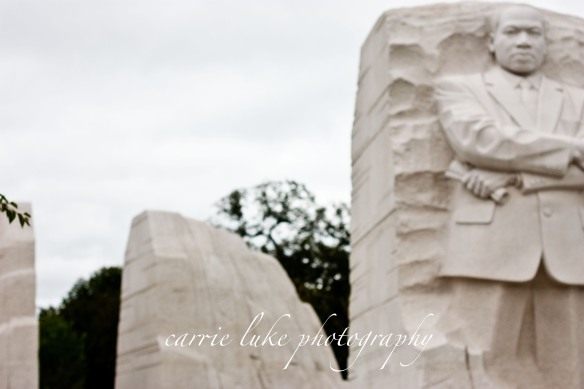 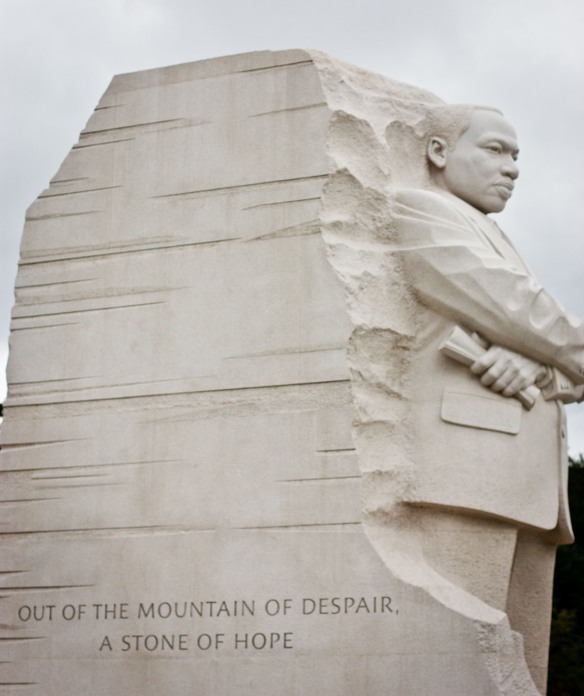 *a picture of my girls standing where Martin Luther King, Jr stood giving his “I Have A Dream Speech.” 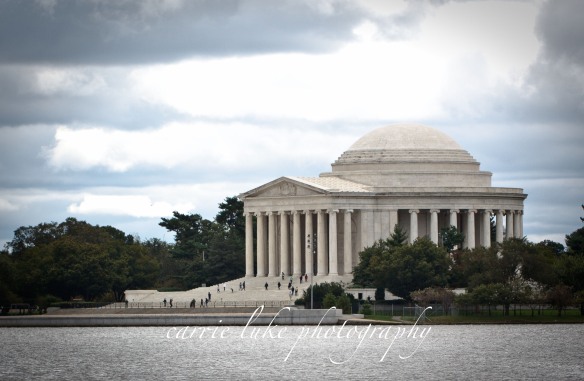 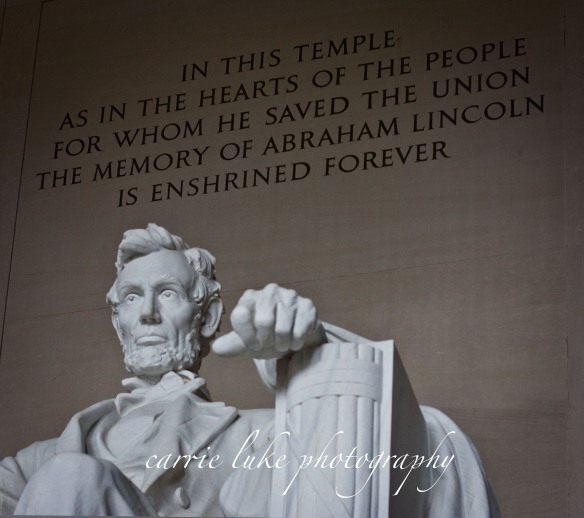 *Rocket Pops at the Mall with my girls and my twin sister, Susan. She’s just a wee bit taller than me. 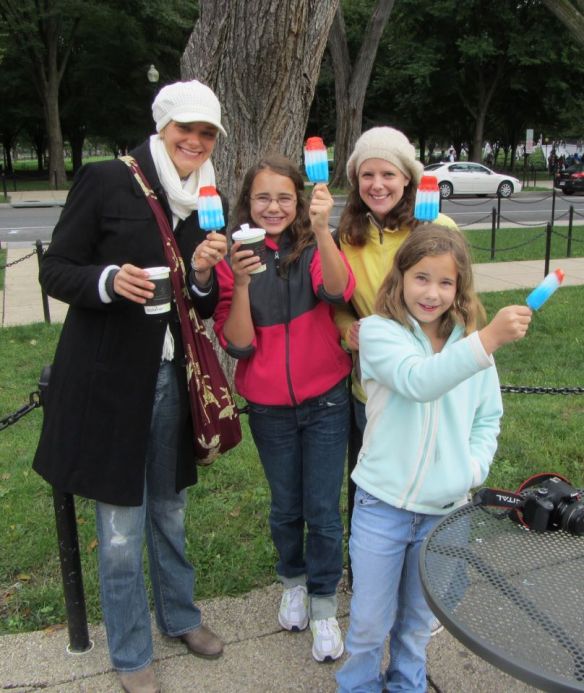